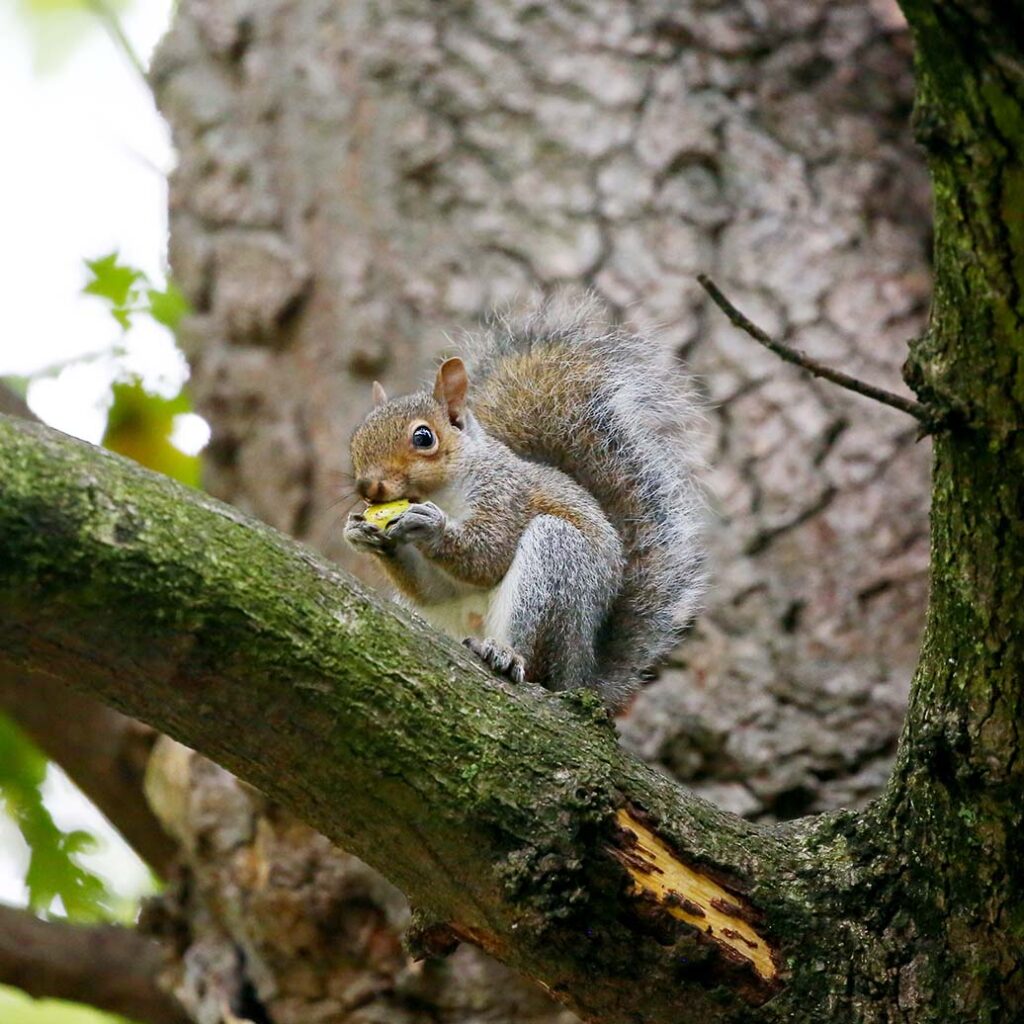 Saving Scotland’s Red Squirrels is urging locals to be on high alert and report sightings of grey squirrels in Aberfeldy, following worrying reports in recent days. Known as a safe haven for red squirrels, grey squirrels are not typically seen in the Aberfeldy area.

The main threat to the red squirrel’s future in Scotland is the spread of grey squirrels. A non-native invasive species, grey squirrels out-compete reds for food and living space and can also carry squirrelpox, a virus which doesn’t harm them but is fatal to red squirrels.

Saving Scotland’s Red Squirrels (SSRS) is a National Lottery-funded partnership project, led by the Scottish Wildlife Trust, which is working in key areas across Scotland to reduce the spread of grey squirrels. In Tayside, the project is focused on what is known as the ‘Highland Line’ – a 10km-wide strip which runs from Montrose, through Kirriemuir, Dunkeld, Crieff and beyond to the west.

Thanks to ongoing conservation efforts along the Highland Line, Aberfeldy and the surrounding area has typically been considered a safe haven for our native species. This changed in the summer and autumn of last year when there were at least three grey squirrel sightings near Crieff Road and ‘The Birks of Aberfeldy’.

With support from the local community a grey squirrel was removed from nearby Pitlochry, but despite concerted efforts the Aberfeldy greys had not been spotted again until this month. Now two confirmed sightings on Chapel Road have raised the alarm once more. Tayside Conservation Officer Ann-Marie MacMaster said: “These recent sightings are a cause for concern because it could suggest that the grey squirrels spotted last year have now bred. If grey squirrels established themselves in the area, this would have devastating consequences for the local red population.

“We are asking everyone in the Aberfeldy area to keep your eyes peeled for grey squirrels and report any sightings direct to our project website, scottishsquirrels.org.uk.”

Grey squirrels were introduced to Scotland’s Central Belt in Victorian times and have since spread across the country, in many places completely replacing the native red squirrel population. At present the only way to prevent this spread is through targeted grey squirrel control.

Ann-Marie added: “To those in Aberfeldy who have grey squirrels visiting their garden and wish to take a proactive approach, SSRS staff can lend traps and provide training and ongoing support. Those with a trap will be paired with an experienced dispatcher.

“However, the simplest thing anyone can do to help is report sightings. If you see a grey squirrel in your garden please do not chase it away as this will reduce our chances of catching and removing it.”

Squirrel sightings help SSRS understand how red and grey squirrel populations are changing over time and also help project staff monitor the situation on the ground. All sightings can be reported at scottishsquirrels.org.uk.