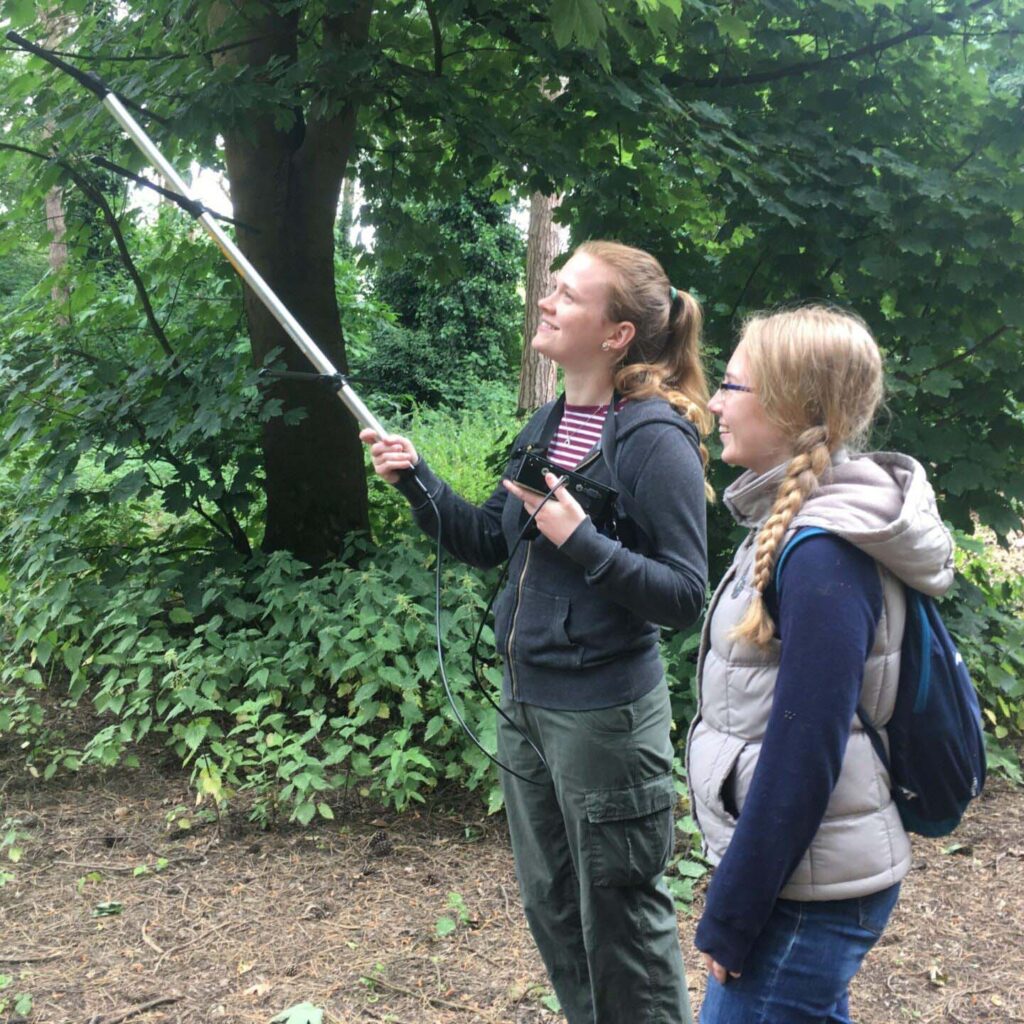 Kat Fingland joined SSRS in May 2021 as the new Conservation Officer for South West Scotland. Prior to starting the role, she has spent the past five years researching the red squirrels of Formby, Merseyside, for her PhD at Nottingham Trent University, studying how red squirrels have adapted to live alongside people in urban environments.

Approximately two-thirds of the global population are predicted to be living in urban areas by 2050, altering the natural environment and presenting new challenges for our wildlife species. Historically, urban areas have been ignored as suitable wildlife habitats. However, there is increasing evidence that these environments can have plentiful resources and support a wide range of biodiversity, so there has been a growing interest in researching urban wildlife ecology in recent years. Although some species are negatively impacted by urban developments, others are able to adapt and even thrive in these new conditions; one such urban-adaptable species being the red squirrel.

My PhD research aims to find out how red squirrels are able to live in urban environments, including how they exploit the available resources like supplemental food whilst avoiding or adapting to potential risks such as roads. I hope that the findings will contribute to the long-term conservation of this endangered native species, both in the study site and elsewhere in the UK.

Fieldwork took place during the summers of 2017 to 2020 in the town of Formby, Merseyside, which is one of the remaining red squirrel strongholds in England. Working closely with the Lancashire Wildlife Trust and their Red Squirrel Project Officer, we carried out live-capture trapping to record population demographics (e.g. numbers of males/females, adults/juveniles, and breeding individuals), insert PIT tags (a type of microchip, similar to those used for pet cats and dogs, for identifying individuals), and attach radio collars. Trapping was carried out in the National Trust-owned woodlands immediately adjacent to the town and in the residential gardens of local volunteers. The radio-collared individuals were then regularly tracked throughout the summer and their locations recorded, to investigate how red squirrels move around the town and make use of the available resources.

Alongside the live-capture trapping and radio-tracking, a range of other data have been collected. These have included: monitoring the locations and causes of death in the population through post-mortems; determining habitat quality and availability through seed crop surveys and computer-based mapping; and evaluating the availability and impact of supplemental feeding via a public survey.

I am currently finishing writing up my thesis, the first chapter of which was recently published as an open access paper. Initial findings have highlighted significant differences between the territories of the squirrels living in the town compared with the adjacent woodlands, as well as some potential “hotspots” of mortality that could be addressed (e.g. through the use of rope bridges over roads). In addition, the public survey highlighted the extent of supplemental feeding throughout the study site (which shows how much the local residents love to see squirrels in their gardens!), but also the importance of good hygiene practices (i.e. cleaning feeders regularly and with disinfectant) for reducing the risk of squirrelpox outbreaks. For the final chapter of my thesis, I aim to collate all of my findings to produce management recommendations for the study site and other red squirrel strongholds, in order to benefit long-term conservation efforts.

We need to make sure that we make space for nature in our towns and cities, particularly as urban growth and intensification increases. Although red squirrels have successfully adapted to live alongside us in urban areas, they still need access to native seed-bearing trees (instead of ornamental species often found in gardens) for high quality food sources and for building dreys, habitat corridors for movement, and protection from road traffic. If we can manage our urban environments sustainably, we will be able to continue to enjoy watching charismatic species such as the red squirrel in our gardens for a long time to come.