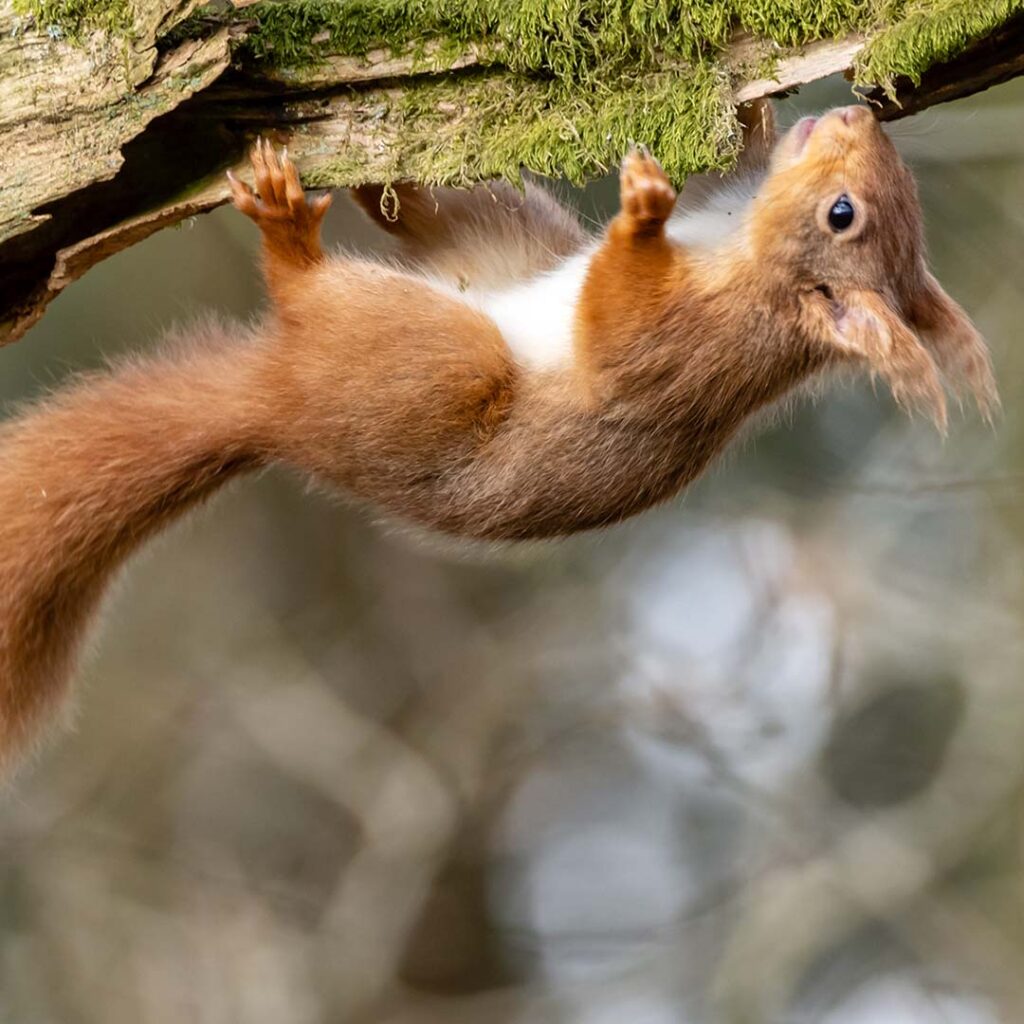 The Wildlife and Countryside Act (1981) is an important piece of UK-wide legislation that protects some of our most vulnerable species, including red squirrels. Under Schedule 5 of this law it is illegal to intentionally kill, harm or disturb a red squirrel; a vital asset in our efforts to save them.

A review being led by the UK Joint Nature Conservation Committee (JNCC) has proposed changes to the Wildlife and Countryside Act (1981) which could potentially remove this protection, and that of many other iconic yet threatened Scottish species, including pine martens.

The proposed changes could mean that only those species “in imminent danger of extinction” would be afforded protection. Thanks to years of dedicated conservation efforts and public support, Scotland’s red squirrels are continuing to thrive north of the Highland Line, with healthy populations in many parts of the south of Scotland. Yet the position of the red squirrel in Scotland is still a precarious one— removing protections now could put everything we have worked for at risk. Pine martens, which are known to help boost red squirrel numbers, are only just beginning to recover following decades of persecution. If we wait until these species are on the brink of extinction, it may already be too late to save them.

In response, Saving Scotland’s Red Squirrels lead partner the Scottish Wildlife Trust has co-signed an open letter to the JNCC, Natural England, Natural Resources Wales and NatureScot outlining the concerns and requesting a public consultation. A public consultation would enable our volunteers, supporters and everyone who cares about Scotland’s wildlife to join us in expressing their views.

You can read the letter here.

The Scottish Wildlife Trust has lodged a question with Alexander Burnett MSP (Red Squirrel Species Champion), as noted below:

Economy Alexander Burnett (Aberdeenshire West) (Scottish Conservative and Unionist Party): Asked the Scottish Government what reassurances it can give that iconic species, particularly the red squirrel, will not have any level of reduced protection as a result of the 7th Quinquennial Review (QQR) of Schedules 5 and 8 of the Wildlife and Countryside Act 1981.

The Minister for Environment, Biodiversity and Land Reform (Mairi McAllan) gave this response:

S6W-01445 Mairi McAllan : “The Scottish Government is committed to enhancing biodiversity and to protecting vulnerable species in Scotland. Following the conclusion of the seventh Quinquennial Review the Joint Nature Conservation Committee (JNCC) will submit recommendations for potential changes to the animals and plants listed under schedules 5 and 8 of the Wildlife and Countryside Act 1981, to the UK Government and the devolved administrations. The Scottish Government will carefully consider any recommendations made by the JNCC. However, before deciding whether to make any changes to the animals listed under the Wildlife and Countryside Act, we would have to be satisfied that in doing so there would be no detrimental impact to either the individual species or to the wider biodiversity and environmental landscape in Scotland.”