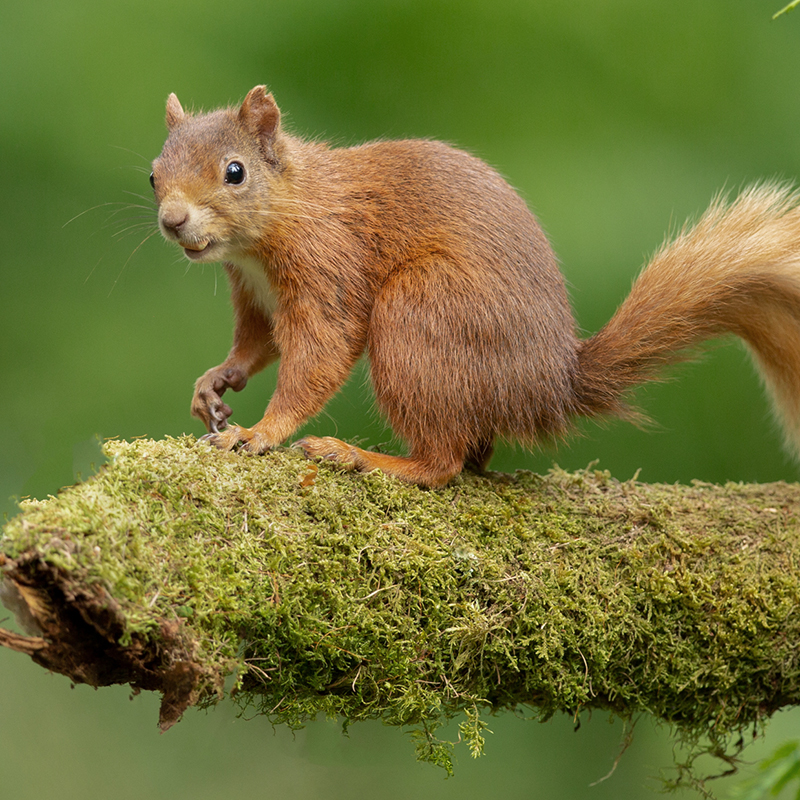 Regular readers of our blog will remember that last July we raised concerns about the security of Highland Perthshire’s native red squirrels following sightings reports from Pitlochry and Aberfeldy of their non-native cousin, the grey squirrel.  Local people heard our appeals for help and we can now report on progress to date, including our first tangible success in our efforts to remove the threat.

It has been observed throughout the UK that when grey squirrels move into an area, the local red squirrel population is gradually replaced due to competition for resources such as food and living space. Although grey squirrels occur in Dunkeld, this is generally the northern limit of their range in Perthshire. Sightings of greys reported by the public in both Pitlochry and Aberfeldy between July and September 2020 marked a worrying potential northward spread that could have serious consequences for Scotland’s core red squirrel populations if allowed to become established in these areas.

Our awareness raising campaign calling on the public to report any grey squirrel sightings while out walking locally brought in further reports, and we were able to target close monitoring to a few specific sites. In February, we were able to confirm grey squirrel presence in Pitlochry and initiate grey squirrel control measures in early spring. Finally, we can report success in removing the first grey squirrel from Pitlochry. This may not seem like much, but locating and intercepting the very early grey squirrel colonisers is a difficult job – needles and haystacks being an apt analogy – and your reports enable us to narrow our search.

Although the risk of grey squirrel presence in the area has been reduced, we of course do not know how many grey squirrels remain in Pitlochry, and despite intensive efforts, the trail in Aberfeldy has gone cold for now. It is therefore important to remain vigilant and continue to report grey squirrel sightings so that we can redirect our resources when necessary.

Reporting a sighting of either species of squirrel is one of the simplest ways to help the project and allows us to measure the impact our work is having. These can be submitted through our website, which only takes a few moments to complete.

This small success with potentially far-reaching protective significance would not have been possible without the support of the local community. So on behalf of the Saving Scotland’s Red Squirrels Tayside Team, we would like to thank everyone who has been our eyes and ears on the ground.

Together, we can protect Perthshire’s red squirrels for the future.