Saving Scotland’s Red Squirrels is calling on the public to take part in the nationwide Great Scottish Squirrel Survey between 20-26 September (National Red Squirrel Week). Now in its third year, the survey is needed more than ever due to the impact of Covid-19.

Saving Scotland’s Red Squirrels (SSRS) is a partnership project led by the Scottish Wildlife Trust, which is working in priority areas across Scotland to protect red squirrels from the spread of the non-native grey squirrel.

Gill Hatcher, SSRS Communications & Engagement Officer said: “We are asking everyone in Scotland to go out and enjoy the outdoors during Red Squirrel Week, look out for both red and grey squirrels and add your sightings to our online map at scottishsquirrels.org.uk.”

2020’s Great Scottish Squirrel Survey was a record-breaking year, with 3160 squirrel sightings reported in just one week. Sightings help SSRS create a picture of the situation on the ground, and directly contribute to red squirrel conservation action.

This year’s Great Scottish Squirrel Survey is all the more important because Covid-19 lockdown restrictions forced the cancellation of the project’s spring surveys in both 2020 and 2021. These annual systematic surveys, which used baited squirrel-hair sampling boxes at over 200 specific locations, provided robust distribution data for both red and grey squirrels that was invaluable for comparing the fortunes of squirrels from year-to-year.

Project Manager Dr Mel Tonkin said: “Without the spring survey data, we need the help of Scotland’s squirrel spotters more than ever before. If the public can help us collect as many squirrel sightings as last year, the Great Scottish Squirrel Survey will give us another way to compare distribution data with the same period as in previous years.

“Much of our other volunteering work was also suspended during the pandemic so we are very keen to know more about how the situation has changed in the past year. Reporting a squirrel sighting is a simple thing anyone can do to help.”

Grey squirrels were introduced to Scotland in Victorian times and have since replaced our native red squirrel in many parts of the country. They out-compete reds for food and living space and can also carry squirrelpox, a virus that doesn’t harm them but is fatal to reds.

Squirrel sightings help the National Lottery-funded project understand how the distribution of each species is changing over time, and can also alert staff to situations where grey squirrels are posing an immediate threat to the local red population.

The Great Scottish Squirrel Survey week will also feature a programme of online and outdoor events across the country. More information can be found here. 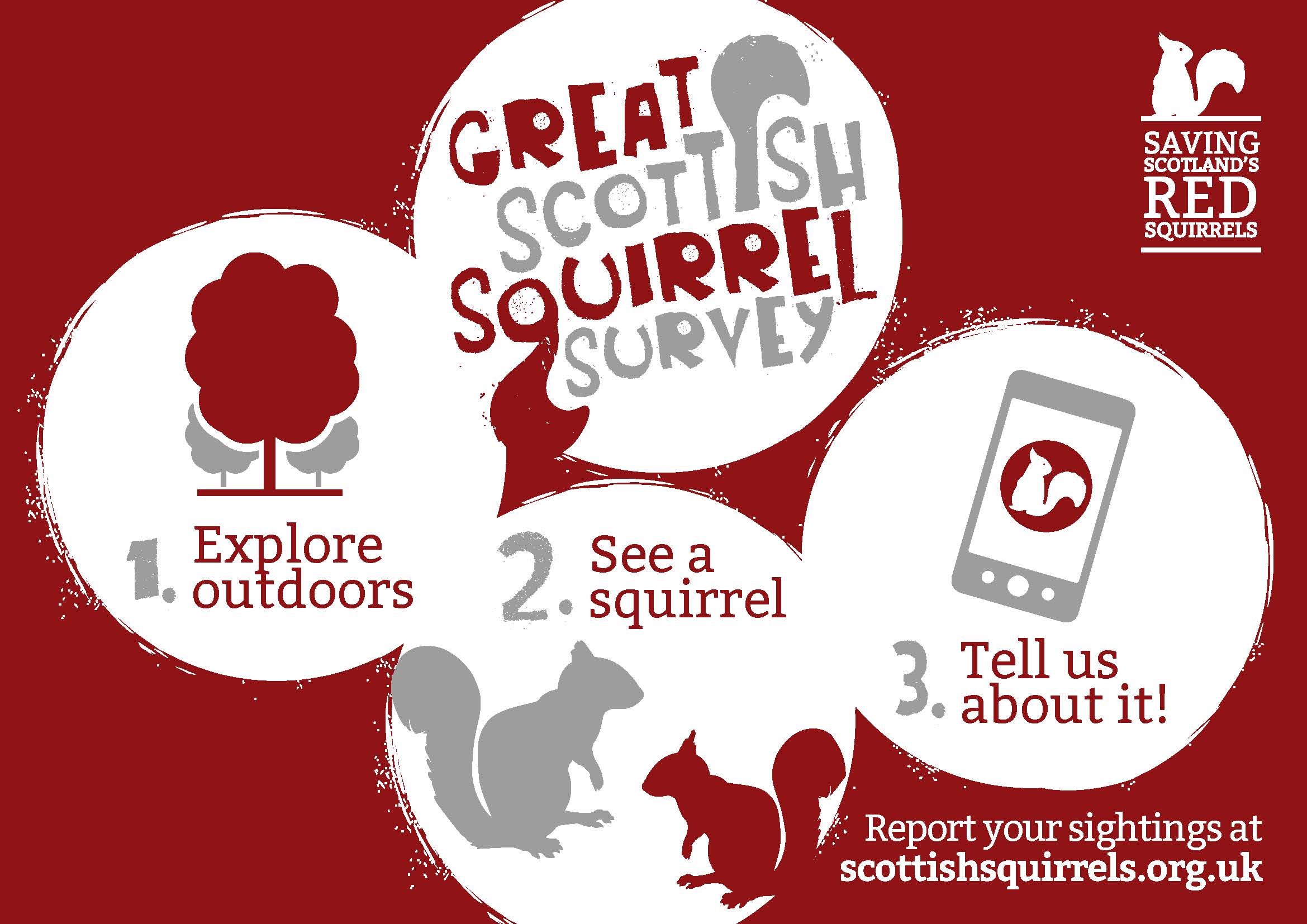