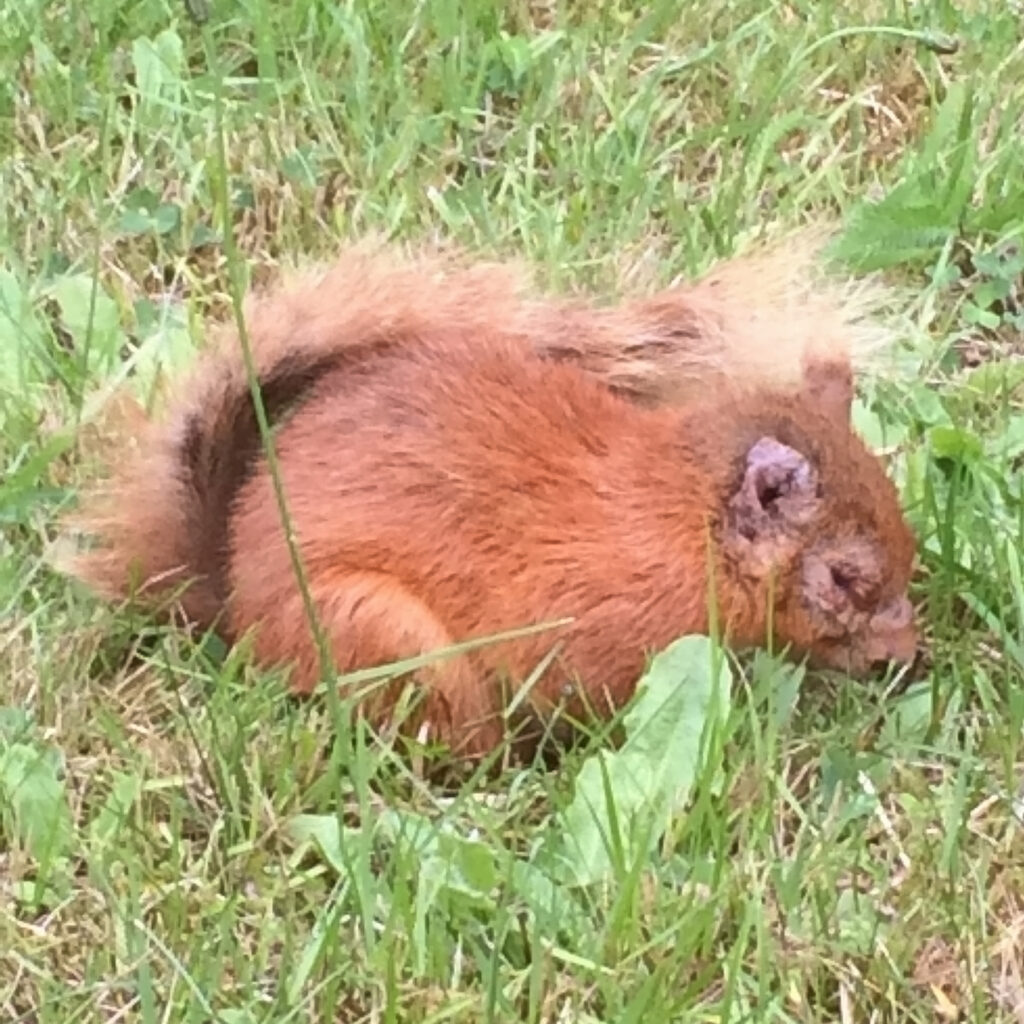 A red squirrel has been reported by a member of the public as far as Gatehouse showing classic symptoms of the squirrelpox virus, suggesting that the disease has spread north west of the original outbreak between Palnackie and Carsethorn back in May.

Squirrelpox is a fatal disease which red squirrels have no immunity against. The symptoms are very distinctive, with lesions and sores forming around the squirrel’s face preventing them from being able to eat and drink as well as limiting their mobility. Although squirrelpox is commonly spread by grey squirrels that carry the disease unaffected, it is believed that this particular outbreak has taken hold within Dumfries and Galloway’s red squirrel population and continues to spread between reds.

What can be done to help?

Wildlife feeders typically encourage squirrels, both red and grey, to come into close contact with each other. In a recent video that was sent to the Saving Scotland’s Red Squirrels project, a sick red can be seen rubbing its face on a feeder; scientists suspect squirrelpox can be spread via saliva, which is why feeders pose a particular risk.

During this time, locals within these areas are urged to remove all wildlife feeders from their gardens to reduce the risk of contamination and spread of disease. Red squirrels fortunately have plenty of natural food sources in their environment at this time of year and will be able to support themselves without the help of feeders until the virus is under control. Don’t worry, although red squirrels have a reputation for being forgetful it won’t take long for them to return to your garden once food is made available again.

Out with an outbreak, people can help reduce the risk of another outbreak by keeping feeders clean, ideally with an anti-viral solution such as Virkon-S. This will also help other garden wildlife stay healthy.

Sightings such as this one have been critical in helping Saving Scotland’s Red Squirrels monitor affected areas and take action with the support of local communities. You can support the project by reporting your own squirrel sightings, both red and grey, here.

Although squirrelpox is not considered harmful to humans, anyone who sees a sick red squirrel is advised not to approach it, but instead contact the project for advice as soon as possible. Dead reds can be sent for post-mortem but need to be handled carefully – please read the Saving Scotland’s Red Squirrels post-morten guide for more information at https://scottishsquirrels.org.uk/wp-content/uploads/2018/07/Red-squirrel-post-mortems.pdf.