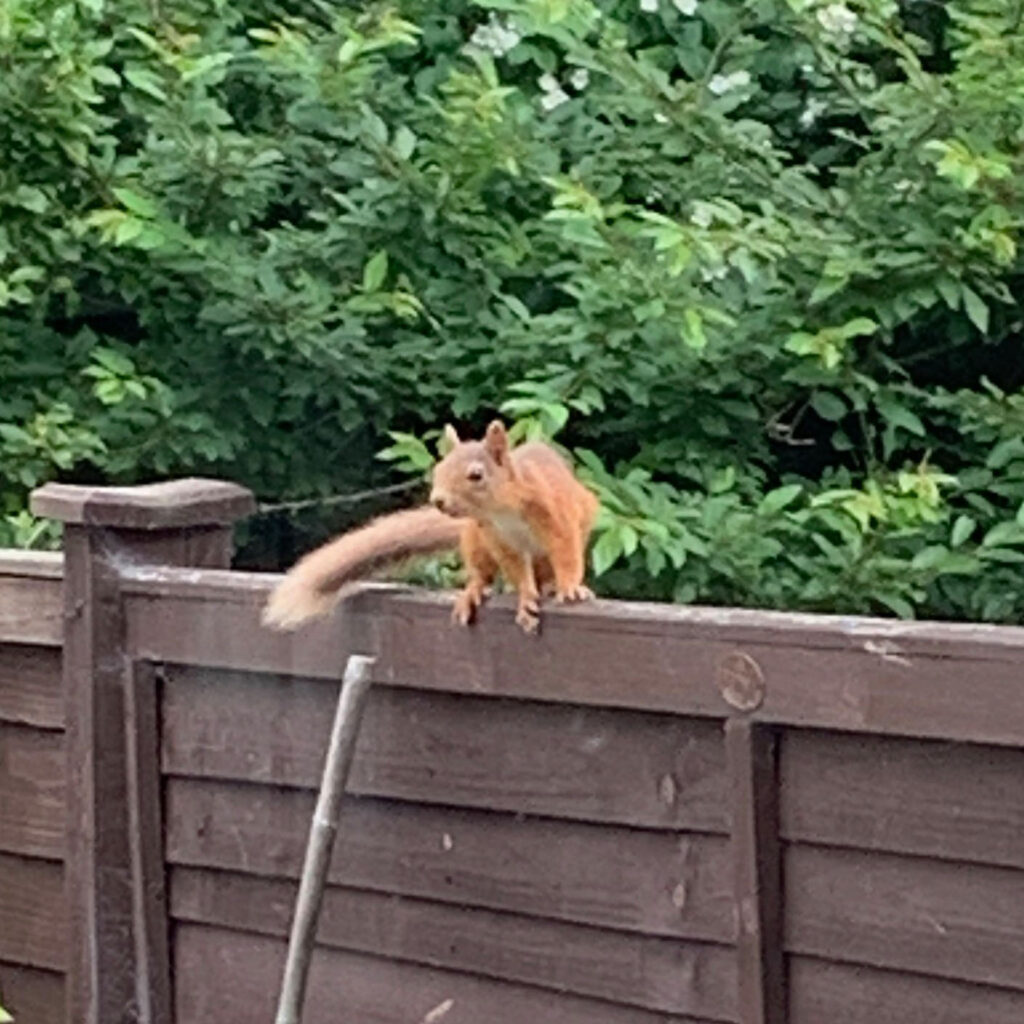 Saving Scotland’s Red Squirrels has received a red squirrel sighting near Duthie Park, one of the closest sightings to Aberdeen city centre in the project’s ten-year history.

The red squirrel was spotted in a garden north of Duthie Park, near the river Dee, an area that has only known grey squirrels for several decades.

Grey squirrels were first introduced to Aberdeen in the 1970s, rapidly spreading throughout the city and into surrounding Aberdeenshire. Through competition for food and living space they caused the region’s native red squirrel populations to decline rapidly, completely replacing them across the city.

Dr Gwen Maggs, Saving Scotland’s Red Squirrels Conservation Officer for North East Scotland said: “The project has been working along the River Dee for ten years, with help from dedicated volunteers participating in our trap-loan scheme.

“As a result of this targeted grey squirrel control red squirrels have gradually returned to North Deeside, with populations establishing through Peterculter, Milltimber, Bieldside and Cults. In 2017 red squirrels arrived at Robert Gordon University. With healthy populations already in Hazlehead and Seaton Park, we hope that they will soon return to Duthie Park for everyone to enjoy.

Local resident Gina Ganzenmueller said: “After years of grey squirrel sightings I‘ve finally seen a red squirrel in my back garden. I was so excited, I couldn’t believe my eyes. I only have a small garden, but Duthie Park is not far away.”

Dr Gwen Maggs added: “On the 50th anniversary of the Apollo 11 Moon Landing it’s appropriate to say that this sighting is one small step for a red squirrel, but one giant leap for red squirrel recovery in North East Scotland.”

Saving Scotland’s Red Squirrels is a partnership project led by the Scottish Wildlife Trust and made possible thanks to National Lottery players. With the help of a network of volunteers, the project is working to reduce grey squirrel numbers in the region, with the aim of removing them completely.

People can help the project by reporting squirrel sightings (red and grey) on the Saving Scotland’s Red Squirrels website, scottishsquirrels.org.uk.