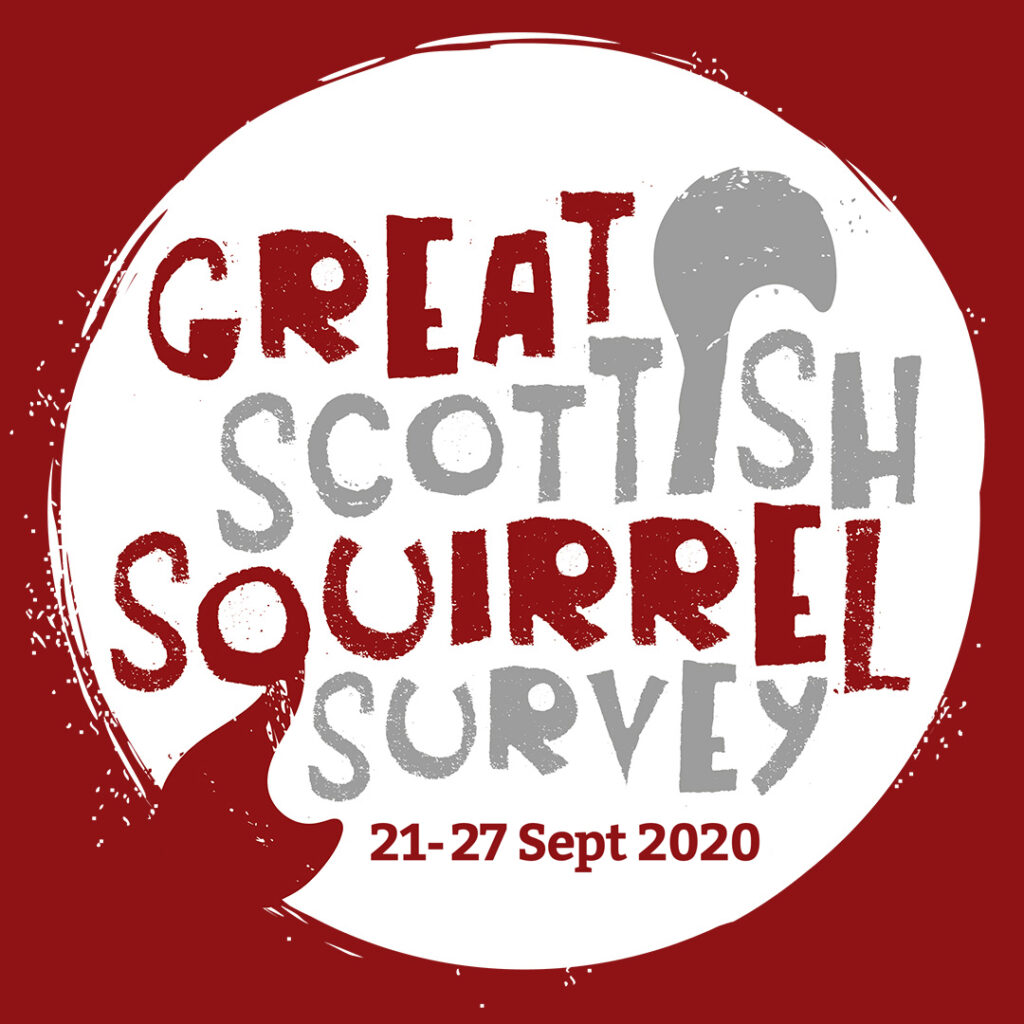 Red Squirrel Week (21-27 September) marks the return of Saving Scotland’s Red Squirrel’s Great Scottish Squirrel Survey; a nationwide squirrel spotting campaign that has an even greater role to play in the protection of Scotland’s native red squirrels than ever.

The impact of Covid-19 saw the suspension of many conservation activities throughout spring and summer. For Saving Scotland’s Red Squirrels, this meant valuable data usually gathered through fieldwork and annual spring surveys was lost.

Saving Scotland’s Red Squirrels is calling on the public to report their sightings of both red and grey squirrels in their gardens and in the great outdoors between 21-27 September, to create a snapshot of the situation on the ground.

All sightings from the week can be reported at scottishsquirrels.org.uk and will be included in a national database that directly influences conservation action.

Saving Scotland’s Red Squirrels is a partnership project led by the Scottish Wildlife Trust that is working to protect red squirrels where they are most under threat from the spread of the non-native grey squirrel. Sightings of both red and grey squirrels from members of the public help the project understand population changes over time and decide where to focus conservation efforts.

Taking part in the Great Scottish Squirrel Survey this autumn and reporting squirrels – both red and grey – in as many different places as possible, will help make up for the loss of this data and help protect one of Scotland’s most iconic yet threatened species.

Anyone can take part by reporting sightings from a back garden, a local park or the wider countryside. The data collected throughout the week is particularly valuable as it includes many parts of the country that are not directly covered by Saving Scotland’s Red Squirrels’ ongoing population monitoring work.

The Great Scottish Squirrel Survey was launched in 2019 and received almost 1000 squirrel sightings from across Scotland in just one week. Each record verified by a Conservation Officer before being added to the project’s sightings map and the official Scottish Squirrel Database.

The results from this year’s survey will be published later in 2020 and will create a comparison of red and grey squirrel distribution year on year.

More information can be found at scottishsquirrels.org.uk/great-scottish-squirrel-survey. 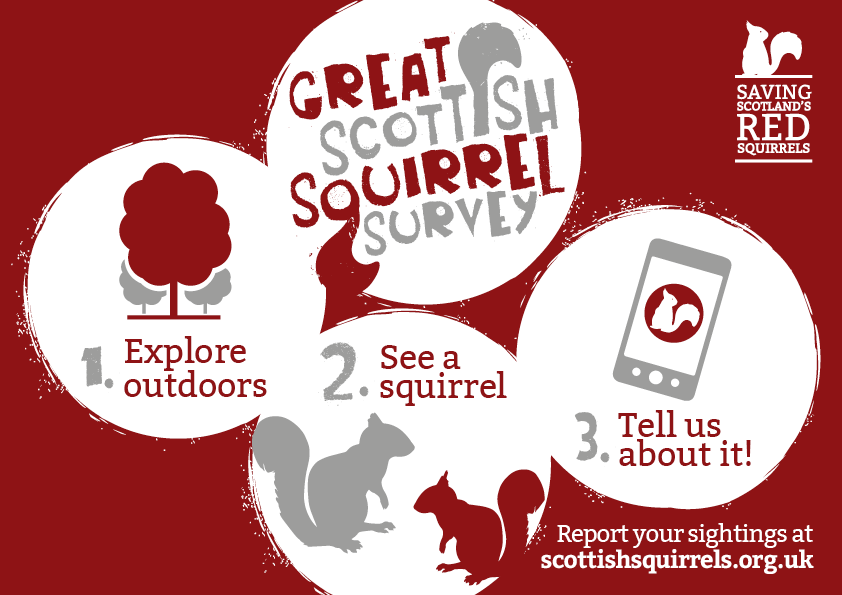