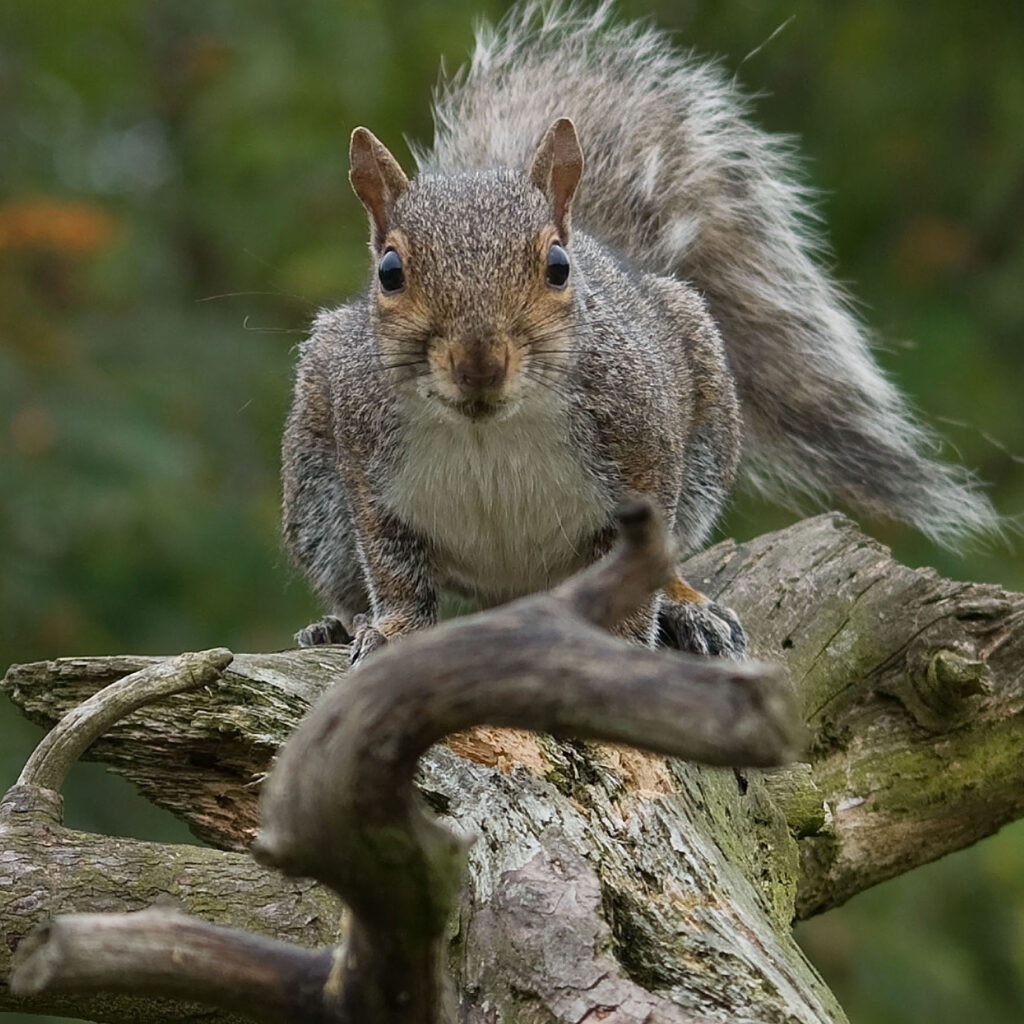 In July 2017 Mel Tonkin, SSRS Project Manager, presented a paper at the IUCN Island Invasives conference held in Dundee. This was the third Island Invasives conference and a valuable opportunity to share experiences of invasive species related conservation projects from across the globe. The theme for this conference was ‘scaling up to meet the challenge’; particularly fitting for a landscape-scale project as it progressed from demonstrating effectiveness to sustaining action.

Although not set up as a scientific research project, SSRS has always advocated a data-driven approach to evaluating the effectiveness of conservation activity. Following the publication of the paper, we take the opportunity to reflect on what evidence has highlighted to date.

A key question has always been, how much grey squirrel control is required in Scotland to protect red squirrels and how can it be delivered?

The paper provides a narrative of how the project has sought to co-ordinate red squirrel protection over the project’s lifetime with a focus on evidence gathered. At the outset it is recognised that grey squirrel control has differing goals in various project areas – based on how established grey populations are; some areas are aiming for local eradication (such as in North East Scotland), whereas others seek to reduce further spread (as observed along the Central Lowlands and ‘Highland Line’).


Three sources of data have been considered to evaluate the effectiveness of this type of conservation activity;

A few key messages from our findings

Despite there being gaps in trapping data, there is strong evidence that collective trapping effort is reducing the abundance of grey squirrels in North East and Tayside project areas. Undertaking more adaptive approaches with insights from academic research collaborators (as highlighted in Professor Andy White and Dr Peter Lurz’s February guest blog) is helping to refine estimates of the level of grey squirrel control that may be needed going forward.

Data has highlighted that SSRS control officers are one of the most efficient means of grey squirrel management (with nearly four times more captures than SRDP-supported landowner control) due to their potential for wide range trapping at new sites.

However, land manager control has proven to create an effective network of red squirrel protection, with landowners having the potential to provide five times more trapping effort (coverage).  Encouraging this wide base of support for project delivery has always been an aspiration with Scottish Land and Estates, one of the founding project partners.

With support from the public during spring surveys, we have gained evidence that red squirrel populations have remained stable in the projects focal areas; another indication that the programme of targeted grey squirrel control is working. The recent spread of grey squirrels in South Scotland has highlighted an ongoing challenge where grey squirrels are well established; where wooded landscapes are perhaps more favourable for grey squirrels; combined with the added threat of Squirrelpox virus.

Overall, evidence has created a strong foundation for informing current programmes of action and has been hugely important for securing project funding. Carrying on this evidence based practical approach will continue to be essential going forward.

We hope that in our transparency and sharing of evidence we can raise awareness of the challenges that lie ahead and demonstrate the benefits of our work for the future of Scotland’s red squirrels. Many of our volunteers and supporters have contributed to this evidence in the form of spring surveys, trapping data and public sightings – none of it would have been possible without your help.