Red Squirrel © No Bad Photos
Skip to content
Home / Posts from 08th February 2019 / How can mathematical modelling help save red squirrels in Scotland? 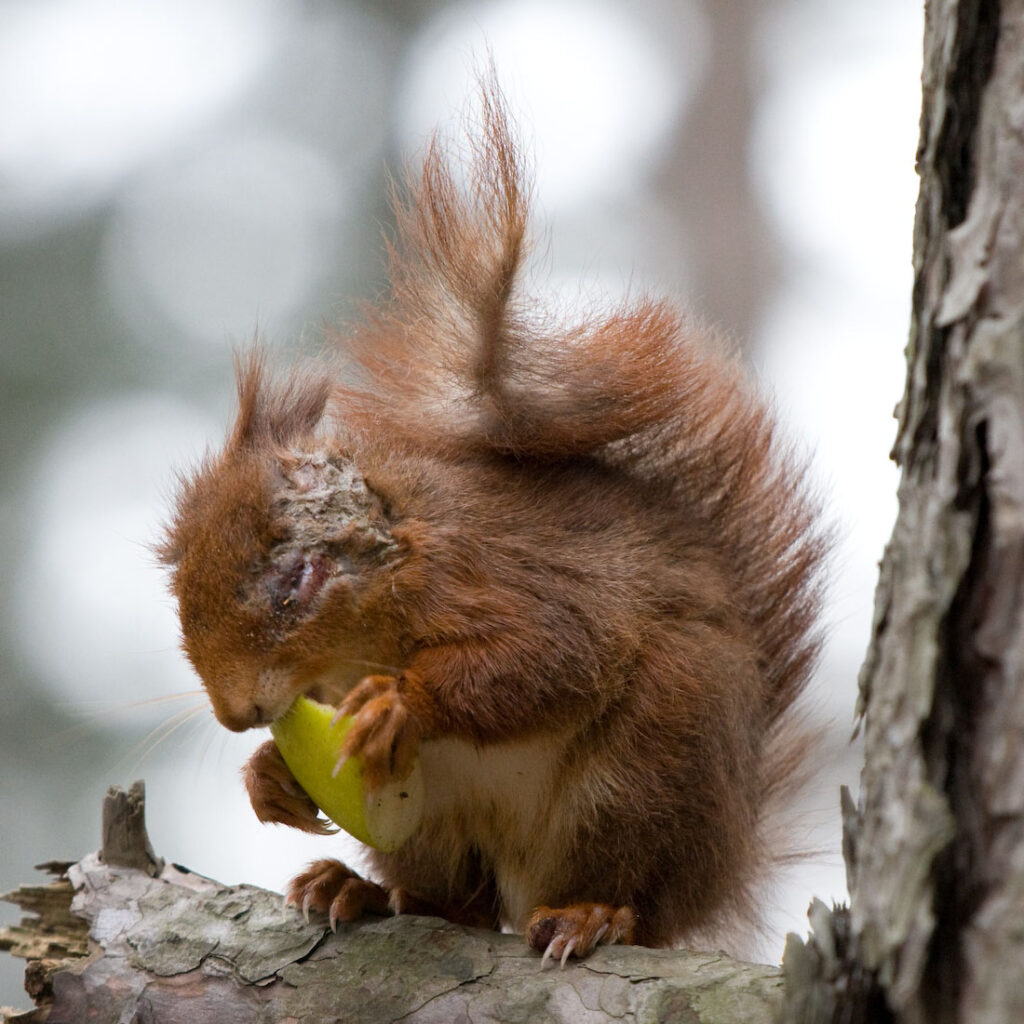 When squirrelpox first arrived in the south of Scotland in 2005, there were fears that the virus would prove devastating to the region’s red squirrels. The project was also concerned that without conservation action the virus would continue to spread north towards Scotland’s core red squirrel populations in the Highlands. Prof Andy White of Heriot-Watt University and Dr Peter Lurz of Edinburgh University explain how mathematical modelling has helped Saving Scotland’s Red Squirrels develop a strategy for protecting red squirrels in both the Central Lowlands and South Scotland.

Mathematics seems perhaps an unlikely tool to help save red squirrels in Scotland, yet for the last five years it has been an integral part of Scottish Wildlife Trust, Scottish Natural Heritage and Forestry Commission Scotland conservation efforts. Our knowledge of squirrel reproduction, dispersal, mortality, competition and squirrelpox transmission allows us to create mathematical models that simulate how red and grey squirrel populations change over time.

The models can be combined with satellite maps of forest and squirrel habitat distribution to determine, for example, the spread and impact of squirrelpox virus on red squirrel populations in real Scottish landscapes. The approach has been pioneered by Prof. Andy White and his team at Heriot-Watt University, and the models are a cost-effective approach to guide and help maximise the success of conservation efforts.

To date these models have been used to assess the risk of squirrelpox virus spread in Scotland, the effectiveness of grey squirrel control operations, the likely spread of grey squirrels beyond the Highland Boundary Line and the impacts of forest management scenarios on red squirrel survival in designated ‘stronghold’ sites.

In the Central Lowlands of Scotland, the models predicted that:

For the Fleet basin stronghold (Dumfries & Galloway) the model predicted that the exclusion of grey squirrels from the stronghold via control would protect red squirrels from replacement in the stronghold. Disease can still spread from greys outside to reds inside the stronghold leading to periodic outbreaks in the red population. These disease outbreaks would lead to a fall in red squirrel numbers, but this would be followed by disease fade-out and the red population would be able to increase in density back to pre-infection levels.

For more information on the modelling work and other strongholds in the Central Lowlands of Scotland see: http://www.macs.hw.ac.uk/~awhite/