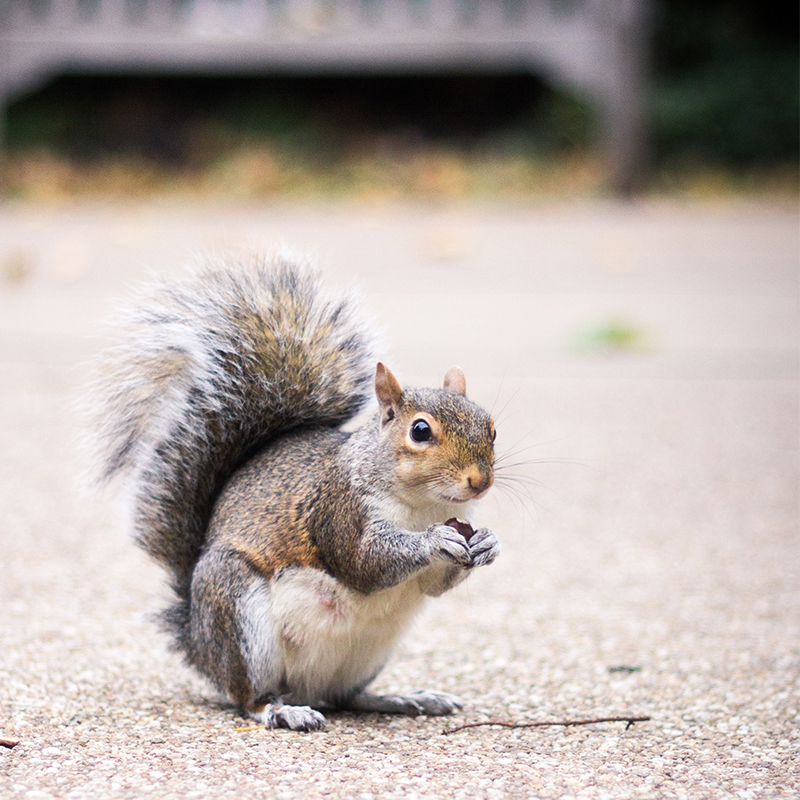 Ground-breaking research which aims to better understand how grey squirrels use the urban environment will take place in Aberdeen this year.

The study is led by Dr Louise de Raad, Research Fellow at Inverness College UHI, part of the University of the Highlands and Islands, in collaboration with the Scottish Wildlife Trust’s Saving Scotland’s Red Squirrels project.

Little is currently known about how grey squirrels live and move in a built-up space and this study is the first of its kind. It aims to highlight the habitat preferences, movement corridors and home range size of grey squirrels in Aberdeen.

The research is funded by Forestry & Land Scotland and will be carried out under a special licence from NatureScot.

Grey squirrels were first introduced to Aberdeen in the 1970s. They soon replaced native red squirrels across the city and in the wider Aberdeenshire countryside, further threatening important red squirrel populations in Grampian and the Highlands.

Larger and more productive than their red counterparts, grey squirrels can rapidly out-compete red squirrels for food and living space, making it difficult for the native species to successfully breed and for their young to survive. Because of this, it is an offence to release a grey squirrel into the wild without a licence.

Work has been underway since 2007 to reduce the threat to red squirrels in the region through a carefully targeted grey squirrel control programme. Today, grey squirrels are rarely seen beyond Aberdeen’s city limits, and the city’s parks and gardens have seen a steady increase in red squirrel numbers.

Dr Louise de Raad said: “This exciting research will make use of the latest GPS tracking equipment that has become small enough to be fitted to grey squirrels. This will allow us to gain a much better understanding of grey squirrel ecology in a semi-urban environment and investigate what their preferred habitats are, how large their home ranges are, how far they travel in a day and whether they make use of movement corridors. This will inform best practices for grey squirrel population control and make a significant contribution to red squirrel conservation”.

Members of the public can also support red squirrel conservation by reporting sightings of both red and grey squirrels from their gardens or while out walking to Saving Scotland’s Red Squirrels at scottishsquirrels.org.uk.