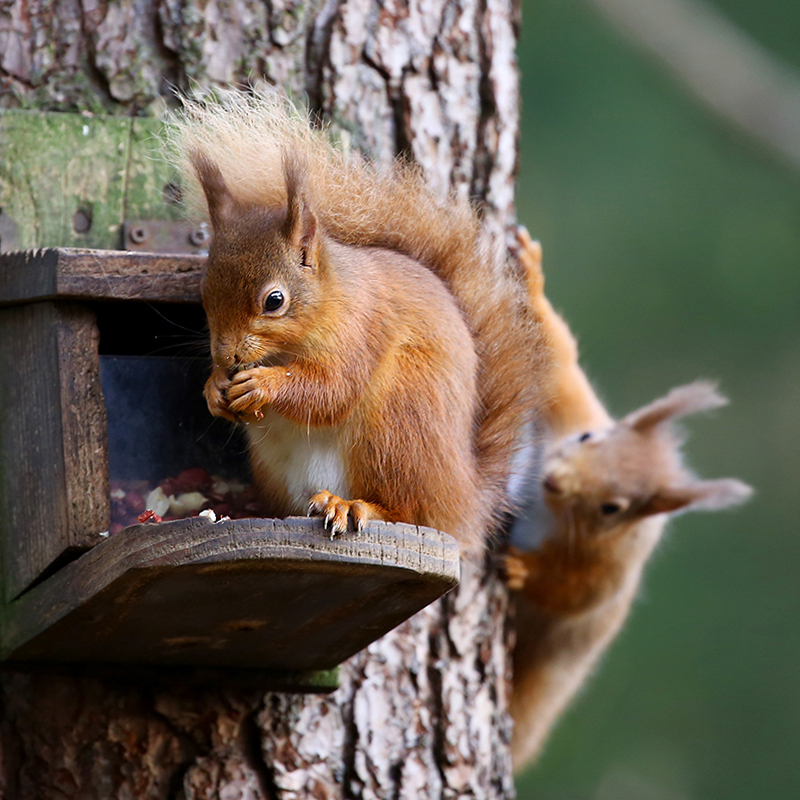 Network groups across South Scotland priority areas are ensuring the long-term survival of native red squirrels through community action. In our project’s priority areas, some of these groups are already beginning to see red squirrel populations bounce back.

Red squirrel groups have been invaluable in collective conservation efforts to date in South Scotland and are led by enthusiastic and dedicated volunteers. These volunteers make contributions at every level; from fundraising and public awareness to survey and monitoring to grey squirrel trapping and dispatch.

Earlier this month, we published a new guide for these groups on how to build a volunteer network. This easy to follow guide contains everything you need to know from setting up your first meeting to sourcing new members and funding. Today, we wanted to share first hand experiences and lessons learned from those who have joined the movement and established their own local groups.

The Gatehouse Squirrel Group was founded in early 2015, in response to a perceived increase of grey squirrels and the detection of squirrelpox in surrounding areas. Since then the group has come on leaps and bounds, with a network that now extends from the Carrick Shore to Creetown on the coast, and inland towards Laurieston and Ringford. Peter Garson, Chairman of the group, talked us through his experiences of creating an incorporated group.

“I was able to initiate things very easily by making the Gatehouse Squirrel Group a project under a pre-existing local charity/company with an environmental slant (Gatehouse Development Initiative). I simply presented the GDI committee with a one-page constitution and that was that. This meant I had a Treasurer and a bank account from day one.”

Alongside initial support from SSRS for network groups operating within PARC (‘priority areas for red squirrel conservation’) boundaries in the South, groups can research and apply for various funding opportunities.

Approaching local businesses in your area is a great way to connect with the community and help raise funds from the public.

“I have been able to arrange continuing support in partnership with a local rural business (Cream o’Galloway, ice cream and cheese makers). They give away used ice cream containers at their nearby visitor centre, and ask for a donation to the Gatehouse Squirrel Group in return. The level of giving (ca. £200 pa) appears likely to be sufficient for our current needs, but if grey control had to be conducted on a more industrial scale, substantial additional funds would be required, especially for mileage.”

Formed in 2014, the Glenkens Red Squirrel Group are proactively promoting red squirrel conservation in the Glenkens and highlighting the risks posed to red squirrels from the grey squirrel – in particular the squirrelpox virus. Bob Peace, Glenkens Group member, shared some of the crucial do’s and don’ts of managing a network.

For more information on building and growing your red squirrel network, please read our online guide. If you live in one of our South Scotland priority areas and would like to get involved with an existing red squirrel group, please visit our Network Directory to find one near you.