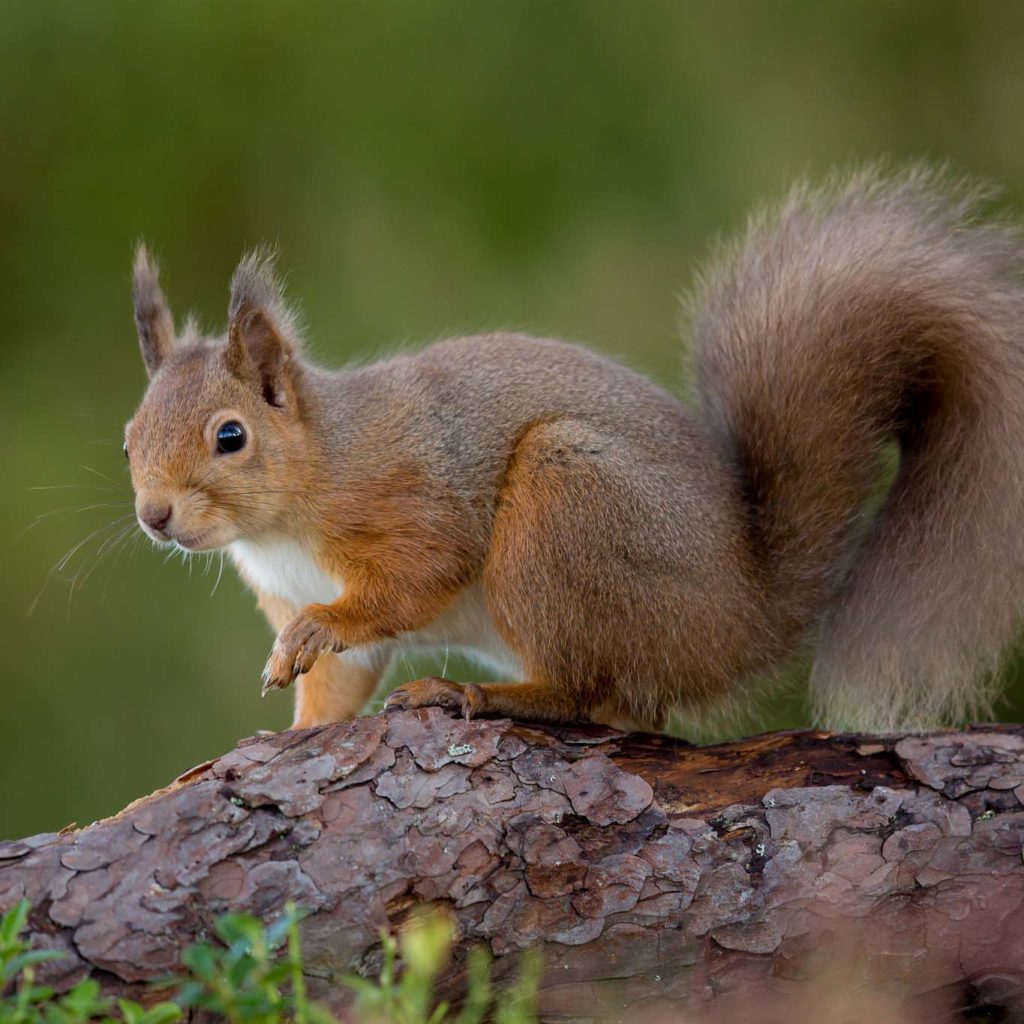 This Red Squirrel Week (24-30 September) the Saving Scotland’s Red Squirrels (SSRS) project is calling on Scots to lend a hand by recording sightings of red and grey squirrels in their local area.

The project has created a new online Hub where people all over Scotland can help protect one of the UK’s most threatened species by reporting red and grey squirrel sightings or by getting involved with a local volunteer group.

Over 5000 squirrel sightings were reported in 2017 but with the launch of their new Hub, SSRS is this year looking to hit the 10,000 target.

“For Red Squirrel Week, we’re launching a brand new website where dedicated squirrel spotters can register and keep a personal record of their squirrel sightings.

“The comprehensive mapping allows them to view their own squirrel conservation data as well as all of the project’s long-term data. It’s a great way for people to see how their efforts are contributing to changes over time.

“It’s also a meeting point where volunteers and supporters can connect with other red squirrel enthusiasts in their area.”

Autumn is a very busy time of year for red squirrels as they take advantage of the season’s bountiful supply of nuts, seeds, berries and fungi; making it an ideal time for squirrel sightings. As well as looking up to the treetops to spot squirrels, people should also keep an eye on the forest floor where squirrels will be caching some of this food to see them through the colder winter months.

Each sighting received is added to a national database, which not only helps conservationists to monitor changes in red and grey squirrel distribution over time, but also enables them to identify the best areas for targeting red squirrel conservation action.

“We are hugely excited to launch our new website for Red Squirrel Week. Red squirrel fans will be getting out and about, enjoying the beginning of autumn and keeping a lookout for both red and grey squirrels.

“Assisted by the new Hub, our volunteers – and hopefully many new volunteers – will help ensure that Scotland’s red squirrels will have the widespread protection they need for years to come.”

The new Hub is a cutting-edge volunteer support facility, which has been made possible thanks to funding from National Lottery players.

“Many of us have a soft spot for red squirrels and sighting one in the flesh is an exciting but sadly, increasingly rare experience. Thanks to National Lottery players’ support, organisations and communities can now join forces to help protect and care for Scotland’s red squirrel population.”