A new study has confirmed that Scotland’s recovering pine martens are having a positive effect on red squirrels.

Conservationists have long suspected that pine martens could help control the spread of grey squirrels in Scotland, a theory that was bolstered when research conducted in Ireland in 2014 produced very promising results. Now a paper published in the journal Proceedings of The Royal Society – B confirms that Scotland’s recovering pine martens are indeed having such a positive effect on the local red squirrel populations. This research clearly shows that in the parts of Scotland where pine martens exist alongside red and grey squirrels, there is a trend of decline in grey squirrels and increase in red squirrels. Furthermore, the higher the density of pine martens, the greater the effect the researchers found.

Although the exact mechanisms are still unclear, the recent research suggests that grey squirrels may not be adapted to deal with a tree-dwelling mammalian predator such as the pine marten, since its natural range in North America does not overlap with any similar predators. It’s also possible that because grey squirrels are larger and spend more time on the ground, they are easier for the native predator to catch. Red squirrels have evolved alongside pine martens and therefore may also be naturally more cautious of pine martens, and modify their behaviour more to prevent being predated on. 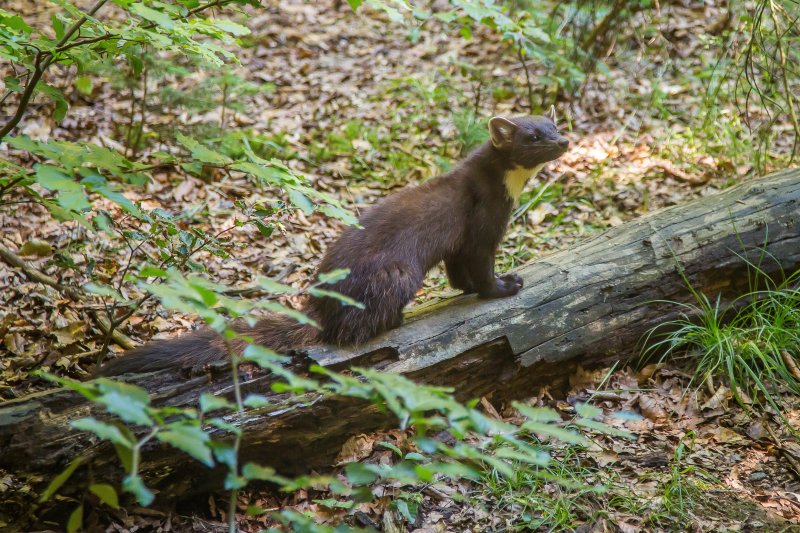 The research was conducted over three years in various locations in Scotland and was led by Dr Emma Sheehy and Professor Xavier Lambin of the University of Aberdeen.

“The pine marten is a slow-breeding species however, which lives at naturally low densities compared to similar sized predators such as the American mink. Historically they were widespread throughout the UK but deforestation and persecution in the 19th and 20th centuries led to their virtual extinction in England and Wales, with a remnant population holding on in the North of Scotland. They have been protected by law since the 1980’s and have gradually started to recolonise Scotland, benefitting also from an increase in forestry”.

Here at Saving Scotland’s Red Squirrels we are very excited to finally have some research which shows that the recovery of the pine marten, a protected native predator, is having clear benefits for native red squirrels in Scotland. It is a considerable challenge for us to sustain our grey squirrel control work over the long-term, and this new research gives us hope that at some point in the future, the pine marten will take over some of this grey squirrel control for us.

However, there’s still a long way to go before grey squirrel trapping will be unnecessary. It could take several decades for pine martens to return to the populations densities that would make this method of grey squirrel control fully effective. If we stop the work we are doing now, there won’t be red squirrels left for the pine martens to save.

Don’t pine martens eat red squirrels too? Yes, but both are native Scottish species, adapted to live together as part of a balanced woodland ecosystem. Although sad for the individual squirrel, the level of predation on reds does not appear to negatively affect their populations in the long term. However, it should be pointed out that squirrels form only a small part of a pine marten diet, with voles being much the favourite prey item.