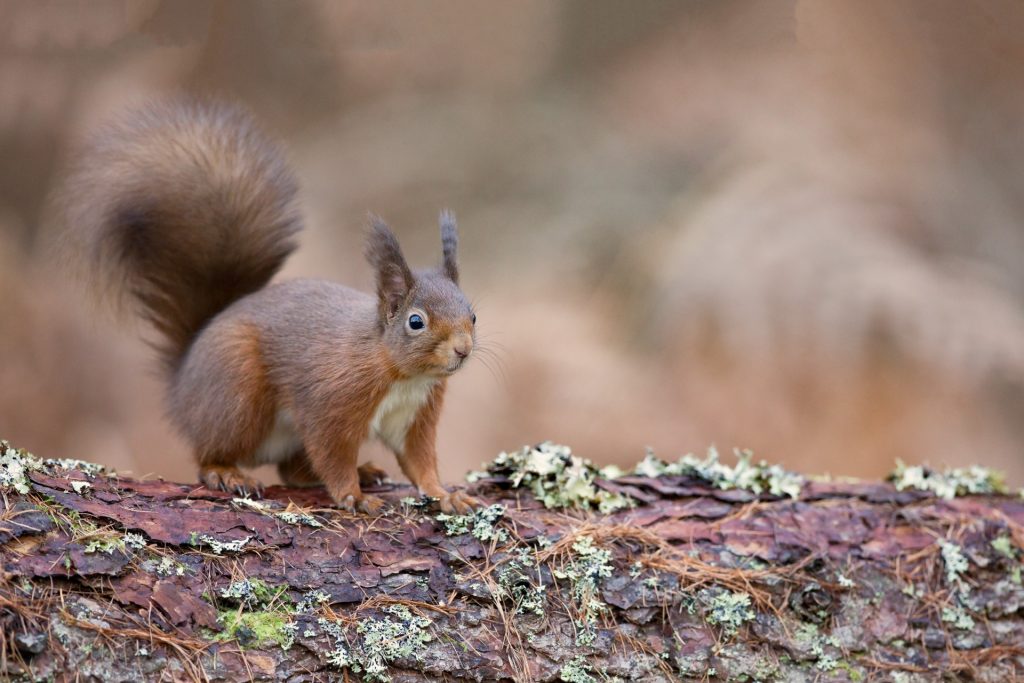 Red squirrels were once widespread across the woodlands of south Scotland, but their numbers fell rapidly upon the arrival of grey squirrels. Since their introduction to urban gardens and parks by humans in the late 19th Century, grey squirrels have spread southwards from the Central Belt, completely replacing red squirrels in Lothian, Lanarkshire, Renfrewshire, parts of Ayrshire and parts of the Scottish Borders.

In 2001 grey squirrels from Cumbria spread north into Dumfriesshire for the first time. Four years later it was discovered that these new arrivals were carrying the squirrelpox virus, which had already had a devastating effect on red squirrels south of the border. We now know that squirrelpox is likely to have spread to all grey squirrel populations in south Scotland.

Despite these challenges, red squirrels are still holding on strong in many parts of Dumfries & Galloway and the western Scottish Borders. The main aim here is to prevent the further spread of squirrelpox, by keeping grey squirrel numbers low enough to reduce the chance of grey squirrel passing the disease to local red squirrels.

Thanks to grey squirrel control work by staff, landowners and volunteers, the virus has not yet reached the Central Belt. However, complete containment has proved difficult and the disease continues to slowly expand. In a radical change of strategy, we have identified ten Priority Areas for Red squirrel Conservation (PARCs), where previous grey squirrel control work has shown to have kept red squirrel numbers stable.

Local communities will be the key to protecting the PARCs, and ensuring that red squirrels north of the central belt remain unthreatened by the squirrelpox virus. As part of our ‘Developing Community Action’ strategy, we are establishing networks of dedicated and enthusiastic volunteers across the region, providing them with the training and support they need to monitor, promote and protect red squirrels where they live.

Red squirrel recovery – Our co-ordinated, landscape–scale control efforts have enabled red squirrels to survive (and thrive) in many areas where grey squirrels have very high levels of squirrelpox, even in places where red squirrels have previously suffered outbreaks of the disease.

Landowner support – We are helping landowners to access Scottish Rural Development Programme funding to support grey squirrel control. Others are voluntarily supporting the project through our trap-loan scheme.

Volunteer support – Networks of local volunteers are contributing to vital grey squirrel control work in south Scotland by participating in our trap-loan scheme. Our survey volunteers have also helped us monitor changes in red and grey squirrel numbers across the region.

How you can help

Volunteering with Saving Scotland’s Red Squirrels is a fantastic way to connect with nature and support your local area’s special native wildlife. Our volunteers are provided with the training and resources they need to participate. If you live in a PARC, you can also join one of our volunteer networks to connect with others working to help red squirrels in your area.

We use cookies to ensure that we give you the best experience on our website. If you continue to use this site we will assume that you are happy with it.Ok