Skip to content
Home / Posts from 09th November 2021 / News: Moffat’s red squirrels and golden eagles team up to give native wildlife a boost 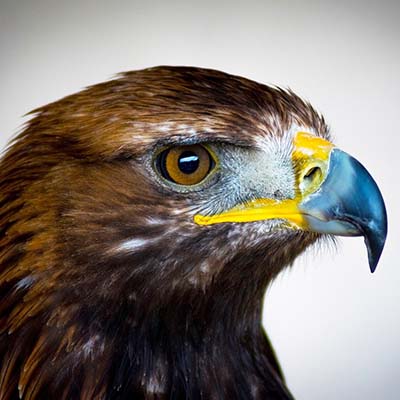 Red squirrel conservation is lending a helping hand to another iconic Scottish species, the golden eagle. Grey squirrels caught as part of essential population control work in the Moffat area are being used to feed hungry juveniles that have recently been released into the surrounding hills.

The Moffat & District Red Squirrel Group is a network of volunteers who have come together to protect their local red squirrels, with support from the Saving Scotland’s Red Squirrels project. While the south of Scotland is home to healthy populations of red squirrels, they are seriously threatened by the spread of grey squirrels.

Grey squirrels are an invasive species that out-competes native red squirrels for food and living space. They can also carry squirrelpox, a virus that does not harm them but is fatal to red squirrels. Dumfries & Galloway has suffered several squirrelpox outbreaks in recent years, but thanks to concerted grey squirrel control efforts the affected red populations have been able to bounce back.

Alistair Graham of the Moffat & District Red Squirrel Group said: “It is widely recognized in the community that the main reason there have been so few red squirrels seen around Moffat is due to the influx of grey squirrels into the area. We are carrying out a very successful trapping programme with the support of local landowners and householders. Already this year we have had more than double the number of reported red squirrel sightings compared to 2019.

“Although necessary, the decision to control grey squirrels is not an easy one to make so we were delighted when Forestry and Land Scotland asked if we would consider saving our grey squirrel carcasses for the recently arrived juvenile eagles.”

Cat Barlow, Project Manager for the South of Scotland Golden Eagle Project explains: “We carefully provide our golden eagle juveniles with supplementary food, as their parents would do in a natural situation, until they settle and can find local food sources for themselves. With conservation at the heart of our project, we source the youngsters’ food from a wide range of pre-existing sources. It is fantastic to get support from long standing ethical management schemes, such as Saving Red Squirrels, which are designed to protect natural habitats and wildlife. We’re very grateful to the Moffat & District Red Squirrel Group for their support.”

Saving Scotland’s Red Squirrels is a National Lottery-funded partnership project led by the Scottish Wildlife Trust. The project is supporting groups of local volunteers across the south of Scotland who will help ensure the red squirrel has a long-term future in the region. Members of the public can help by reporting sightings of both red and grey squirrels at scottishsquirrels.org.uk.