Saving Scotland’s Red Squirrels has published the results of its 2019 annual survey, which indicate that most of Scotland’s red squirrel populations have remained stable for another year, and the notable decline in grey squirrel territory in the North East continues.

For almost a decade, Saving Scotland’s Red Squirrels (SSRS) has been monitoring squirrel populations in the parts of the country where red squirrels are most threatened by the spread of non-native grey squirrels. The findings enable the National Lottery-funded project to evaluate its efforts to reduce grey squirrel numbers and halt the decline of red squirrel populations in these areas.

The spring survey has been carried out in project areas in the north of Scotland since 2011, and in the south since 2013. In recent years results have indicated that red squirrel populations have stabilised, following several decades of decline.

Dr Mel Tonkin, Saving Scotland’s Red Squirrels Project Manager, said: “The small changes in favour of red squirrels in the south of Scotland are certainly promising, but survey results can fluctuate from year to year and we will need to gather more data in future years to determine a definite trend. For now, we can say that red squirrel distributions in the region are stable. This is worth celebrating, and it is only possible thanks to ongoing work by volunteers, land managers and many others. However, we need to keep up the good work to hold onto our reds in the area and fend off the widespread grey squirrel threat.”

Dr Tonkin added: “The overall trend is also looking very positive in the North East and Central Lowlands. Although the 2019 results showed a small change in favour of grey squirrels when compared to the previous year, overall there has been a significant shift in favour of red squirrels since the surveys began, currently occupying 75% of survey sites.

“Focussing in on the Aberdeenshire results, grey squirrel populations have continued their retreat and are now largely limited to Aberdeen City. Here, city-residents have been reporting red squirrels turning up in increasing numbers of parks and gardens.”

Grey squirrels, which were introduced to Britain from North America in the 19th Century, out-compete red squirrels for resources. Greys can also carry squirrelpox, a virus that doesn’t harm them but is deadly to reds.

Although red and grey squirrels can live side by side for a short period of time, grey squirrels will typically replace red squirrels within a few years unless efforts are made to reduce their numbers. When squirrelpox is present and there is no control of grey squirrels, this process can be far more rapid.

The 2020 spring survey has begun, and between March and April over 180 volunteers will monitor feeder boxes strategically placed in woodland areas. When a squirrel visits a feeder box, a sticky tab collects some of its hair, and the species can then be identified under a microscope.

Martin Hayes has been volunteering with the spring survey for several years, monitoring feeder boxes at Glentress in the Scottish Borders. The 2019 results saw his survey site change from “grey-only” to “red-only” for the first time.

He said: “After a number of seasons of detecting greys only, it’s great to see the area’s red squirrels finally getting a look in. This year’s spring survey is going well so far, and as usual taking part makes a good walk in the outdoors even more enjoyable.”

The 2019 Squirrel Survey report can be viewed at scottishsquirrels.org.uk/publications/ 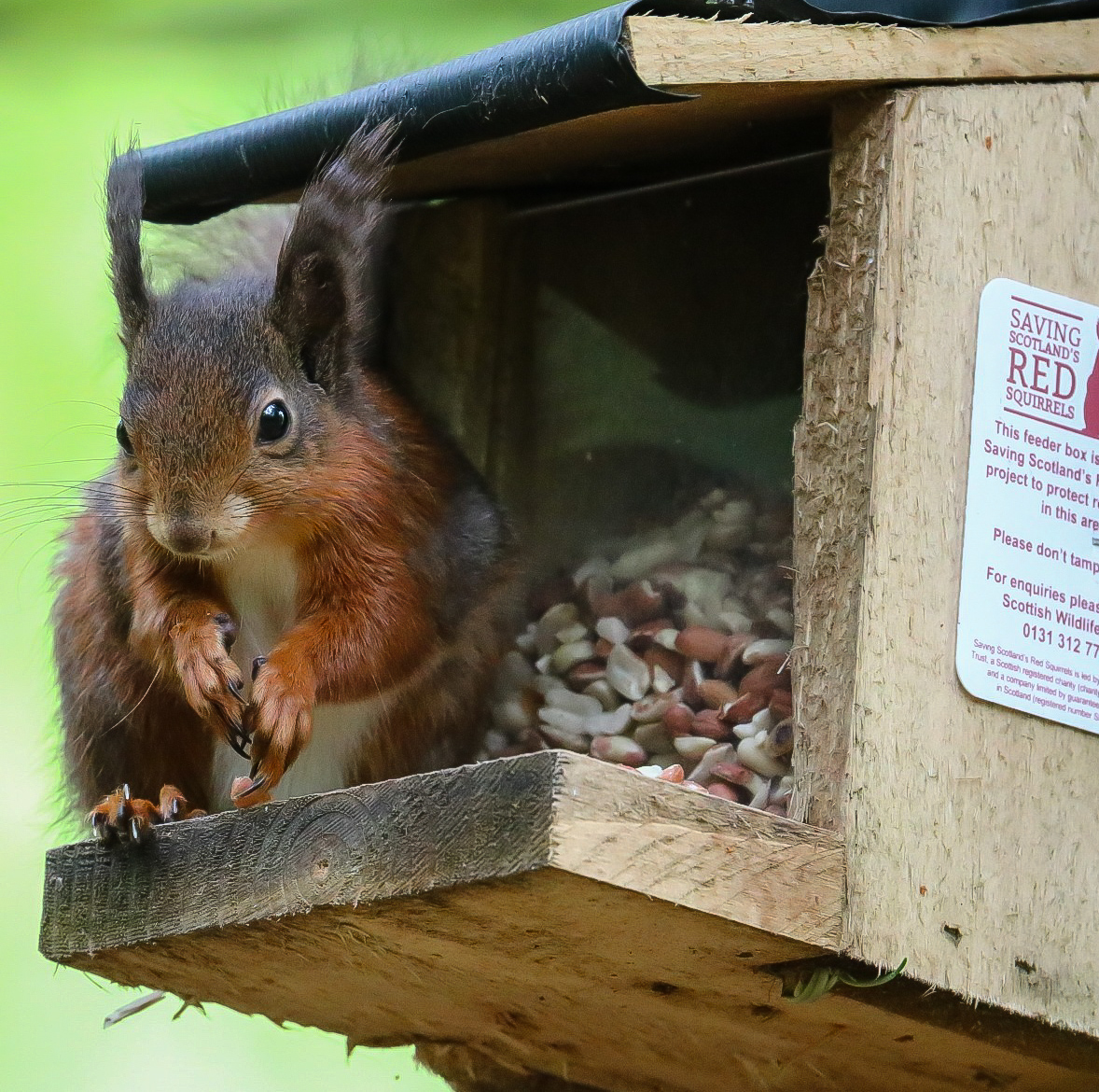